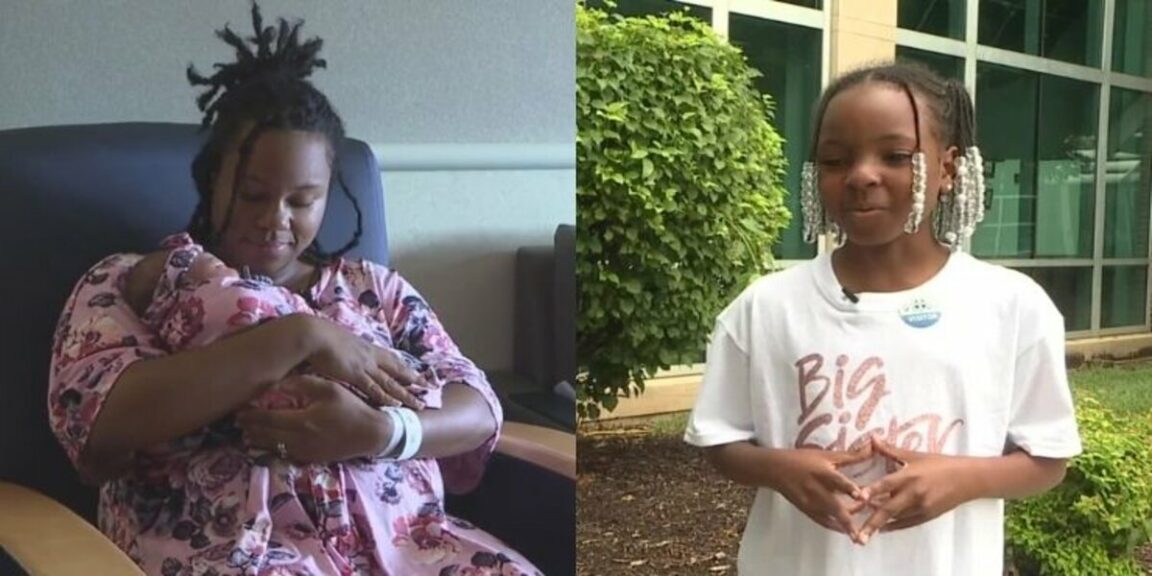 A 9-year-old girl helped her mother deliver her baby sister at home. The mother, who is a registered nurse, knew she didn’t have time to seek medical attention, so her only help was her young daughter.

Angelica Gunn, 30, began having contractions on June 28, a week before her due date. She determined that, although they were intense, it was false labor-until it wasn’t.

“Around noon, the contractions started to become very strong. Her husband was at work and the only two people at home with Gunn were her daughter Aakayla, 9, and son, 4.

Gunn, a registered nurse and doula, knew she didn’t have time to seek medical attention and immediately pointed to her daughter to help her deliver.

“I yelled for my daughter to come. I told her, ‘Something’s going on, you’re going to have to look and tell me what’s going on because I don’t know.’ I felt intense pressure and like the baby’s head was coming out,” Gunn recalls.

Although she worried that her daughter was too young to help with something like this, Gunn said she had no choice given the urgency of the moment.

“Everything else disappeared from my mind and I focused on the moment,” Gunn said.

With her husband stuck in traffic and her sister on the phone with paramedics on the three-lane highway, Gunn was able to direct her daughter Aakayla. She successfully guided her through the delivery.

Aakayla helped safely deliver the baby, picked up her newborn sister, Aubree, and passed her to her mother.

“She looked so beautiful, plus it was all so much fun,” Aakayla told reporters.

“I think at that moment she realized, ‘It’s OK, it’s just me and mom. I’m going to have to help her because daddy’s not here.’ It’s amazing how she did it. She didn’t cry, she didn’t freak out or anything,” Gunn said.

The father said he believes they already have a budding doctor on their hands. Shortly after the birth, paramedics arrived and took Gunn and baby Aubree to the hospital. 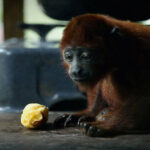