Amy Winehouse was an exceptional talent whose wild and all-too-brief career was cut short nine years ago. On July 23, 2011, the soul singer died of alcohol poisoning and became yet another member of the “27 Club.”

But long before this happened, we saw her rise to fame and gradually succumb to heartbreak, drugs and bad decisions.

Amy Winehouse: The Before and After of Drugs and Alcohol

Growing up, Amy Winehouse only wanted to do one thing: sing. She was the daughter of a cab driver and a pharmacist who grew up in the London suburb of Southgate.

When she was little, Winehouse was bored at school and rebelled against her teachers because she was only interested in one subject: music. 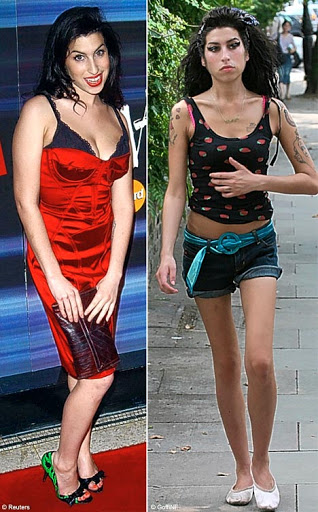 A poor girl with big dreams

At 12, Amy confidently competed at the prestigious Sylvia Young Theatre School. In her application, she wrote: “I would say that my school life and school reports are full of ‘could do better’ and ‘doesn’t give its full potential.’ I want to go somewhere where I am stretched to my limits and maybe even beyond.

To sing in classes without being told to shut up …. But mostly I have this dream of being very famous. To work on stage. It’s a lifelong ambition. I want people to listen to my voice and just … forget their problems for 5 minutes.

Amy had the talent and the ambition, and her school principal knew it: “It’s hard to overstate how much she struck me as unique, both as a songwriter and a performer, from the moment she walked through the door at the age of 13, sporting the same distinctive hairstyle she has now.

Her skills could put her in the same league as Judy Garland or Ella Fitzgerald. She could be one of the greats,” Sylvia Young recalled years later.

Amy was accepted into the school she wanted, where she was able to develop and hone her innate talent.

A career on the rise from a young age Amy Winehouse was only 19 years old when she signed her first record deal. A year later, her debut album “Frank” was released in 2004 and immediately reached number 3 in the British charts. Amy not only sang, but also wrote about her life, specifically her love affairs. 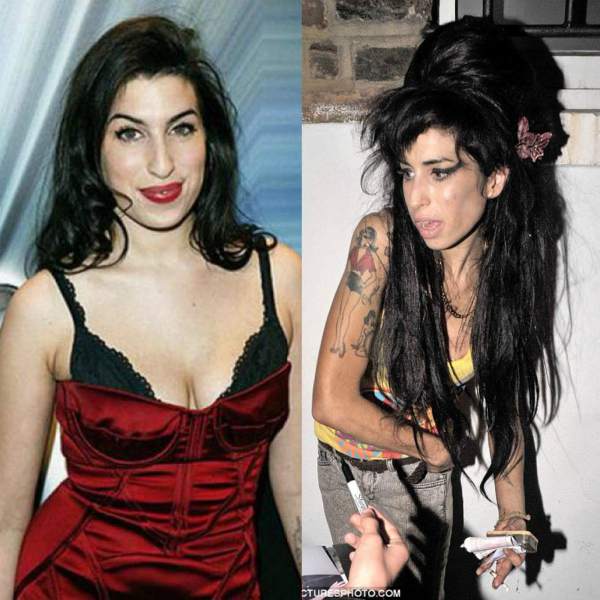 Amy was a white woman with a black soul voice, critics said. And she herself drew inspiration from the 1960s, calling Sarah Vaughan, Dinah Washington and Ella Fitzgerald her role models. The flamboyant singer also adapted a 1970s fashion style with the signature beehive hairstyle and thick eyeliner. But her great success was combined with a growing discomfort on stage and a fear of performing in front of large audiences.

Perhaps to compensate, she began wandering clubs and bars after concerts and drowned the pressure of performing in alcohol.

Eighteen months after their heartbreaking separation, Blake Fielder-Civil sought Amy out again, and she couldn’t turn him down. The two married, but the relationship was strained, until they divorced about 2 years later in 2009.

Winehouse’s career simultaneously stalled. She often staggered drunkenly on stage and her once powerful voice sounded weak and hollow. Audiences booed her. Concerts were stopped and entire tours canceled, for “health reasons,” her management said.

But everyone knew Amy Winehouse had a big problem with alcohol and drugs. Between the heartbreak and the excesses, Amy’s health was deteriorating. And not only did her physical appearance change, but also her concerts and events went downhill.

On July 23, 2011, her bodyguard found her dead in her London apartment. The cause of death was poisoning. 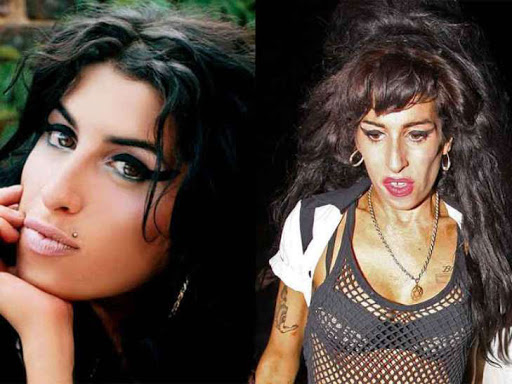 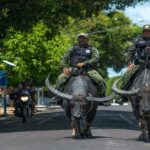 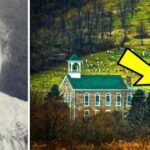