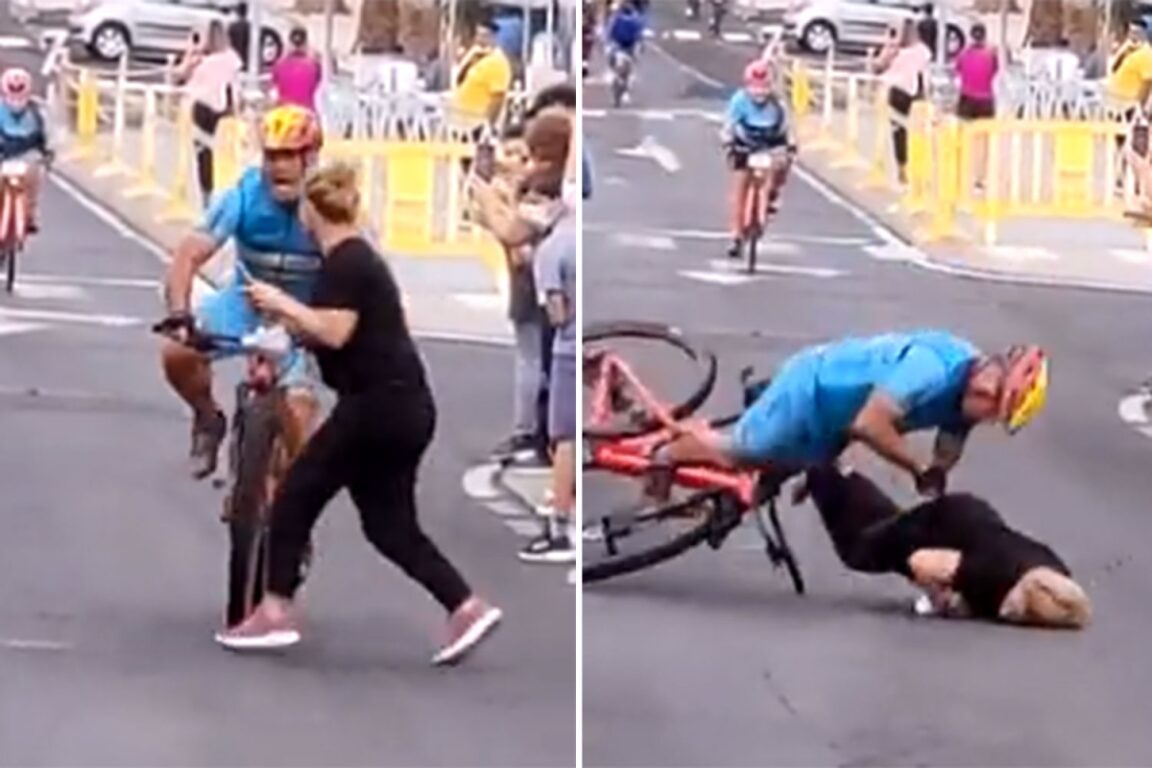 An unsuspecting woman walked blindly right in front of a cyclist during a bike race causing a brutal collision at the finish line, leaving both injured. Footage of the incident shows the cyclist flying over the handlebars and the woman suffering a brutal fall.

The footage shows the woman looking at her cell phone and blindly following a man across the street, where she ended up directly in the cyclist’s path.

The street was filled with spectators cheering near the finish line.

The terrifying accident occurred last weekend in the Canary Islands, at the Condaca Salmor Bike Cicloturista event, where 270 cyclists competed.

The collision occurred a few meters before the finish line, when a woman, with her phone in her hand, passed nonchalantly in front of a cyclist wearing a blue uniform and a yellow helmet.

The cyclist, who was riding at full speed, had no chance to brake or swerve to avoid the accident, crashing directly into the woman and causing them both to fall to the asphalt.

Both received medical attention at the scene.

The motorcyclist, who was transported to a local hospital, reportedly suffered head injuries and memory loss. The condition of the woman after treatment is unknown.

The race track was blocked off with barriers… but, unfortunately, some fans decided to get a closer look.

In fact, seconds before the collision another spectator can be seen crossing the field. Fortunately, they were not hit either. 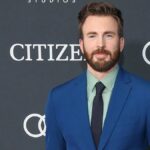 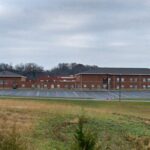