A mother was criticized by the parents of other children because when she went to school to pick up her son, the way she dressed made several of them uncomfortable, so much so that the scandal reached local media and networks.

This woman named Vanesa, is a professional model and bodybuilder who won the “Miss Fitness” award in Bolivia a few years ago.

Normally, she usually uploads to her social networks photos where she appears in underwear or very tight sportswear.

Unfortunately this act caused both envy and criticism to arise from many mothers on more than one occasion.

Previously, they had taken pictures of her without her consent and posted them on social networks in order to generate controversy.

This happened in Santa Cruz, Bolivia, after Vanesa went to pick up her 10-year-old son on his first day of school and dressed in a tight pink outfit with an open back.

It wasn’t long before someone took a picture and started to criticize her, some only commented that she was dressed like that just to get attention, while others came to her defense.

“She can dress as they please, in other places, not to go pick up her son”, “very inappropriate dress”, these were some of the criticisms that mainly emerged in networks.

However, little by little comments were added in her defense, “children do not see that with evil”, “everyone has the right to dress as they like” or “if I had that body I would even go without clothes”.

After the great controversy that arose based on the photo, a video made its appearance in networks by a mother who had the opportunity to broadcast without her permission when Vanessa arrived with her son, this clip went viral in a matter of hours.

In it you can hear the voice of this woman while recording saying: “Those moments that make you want to change your child’s school, because of people like that”.

The figure of the mom in question was one of the most commented, with thousands of women asking for her diet and workout routine, the one who got the worst part was the one who recorded it, who earned the general repudiation in times of sorority.

Although the origin of the video is still unknown, it continues to circulate in networks and even in an empathetic way have created TikToks, that contrary to criticize her, women have preferred to ask for her exercise routine.

Not everything was criticism

On the other hand, a woman dedicated herself to gather all those notes and videos that defamed the model, where she made a great comment in her support, which made many enter into controversy, although most continue to defend her.

The user Claribel Cabrera wrote: “I doubled moral, envy, insecurity, empathy, fear, etc, etc … and I think they are increasing, there is no more dangerous virus, than the evil of people, with a criterion on life so reduced, not to say short of brain, you have to be a motivator, in the world there are already many critics”.

Then she added her own story, she even compared herself and in admiration concluded: “Vanesita Medina there are a lot of people who appreciate you and love you”.

Followed by the set of screenshots, the original video, the TikTok and even memes. 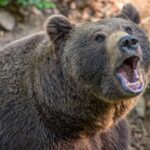