The Ever Given freighter that has been blocking the Suez Canal for almost a week has finally been released.

Cargo ship blocking the Suez Canal has been freed

The ship sailed last week, causing logistical nightmares on one of the world’s most important trade routes.

The excavators were asked to remove around 27,000 cubic meters of sand and had to dig deep into the canal to bring the Ever Given up.

The Egyptian gov was unable to reopen the main SuezCanal on the third day after a large cargo ship sank.Two Dutch&Japanese companies have joined in to open the SuezCanal.Transport companies say that if the road is not opened within 48hours, they will be able to use SA waterways. pic.twitter.com/MkQRYmApPf

After a lot of work, marine services provider Inchcape said the crux of the mission is complete.

It is unclear how soon the canal will be able to return to normal or when the more than 450 ships trapped waiting will be allowed to pass.

The Suez Canal allows about 12 percent of world trade to flow, so it has been an absolute horror story that it has been blocked for so long.

Instead, many ships have decided to circle the southern tip of Africa instead of the Suez, even though it is a much longer journey. 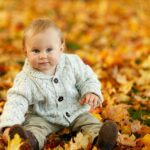