Details of the exact amount of money lost by the armored truck have not yet been released. Authorities are asking citizens to return the bills belonging to the Bank of San Diego.

This Friday, on a busy California freeway, an armored truck lost several bundles of cash and unleashed chaos. Drivers stopped to grab the dollars that were on the ground.

The incident occurred around 9 a.m. on Interstate 5 as an armored car was returning from a San Diego bank.

The driver of the armored car was the only one aboard the truck when the door opened and nearly a million dollars flew all over the freeway. The bags that fell contained $1 and $20 bills.

Scenes of joy and euphoria are seen in the images that went viral on social networks.

Many of those present ran along the roadway to grab handfuls of dollars.

“It’s crazy, it’s free money” comments one of the lucky ones while throwing bills in the air. Another says “It’s crazy, there’s money everywhere on the road! My God!”

Despite the frantic moment, the authorities ask that those who have taken any bills from the scene return them to the police station as they belong to a bank.

In order to achieve their goal, officers who were present at the incident detained two people and are looking to identify those who appear in the videos.

“People are turning over quite a bit,” said Sgt. Curtis Martin, who is in charge of the case.

“People took a lot of money,” he assured although there is no certainty as to the amount of money that fell.

After the surprise incident, the freeway was reopened at 11 a.m. 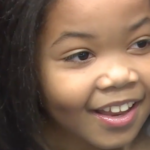