Conor McGregor hilariously inaccurate ceremonial pitch at a Major League Baseball game has been called the “worst ever.”

The Crumlin native looked very out of place as he tried and failed to dominate America’s pastime at Wrigley Field as the Chicago Cubs hosted the Minnesota Twins.

As is tradition when an MLB club has a celebrity at home, the Cubs had McGregor throw out the first pitch of the game. But judging by his pitching skills, the UFC poster boy won’t become a pitcher anytime soon.

A dapper McGregor, in an expensive-looking suit, missed the catcher by a lot, to the point where the ball nearly hit a fan in the crowd. MMA fans were quick to comment on the wayward throw, with one saying, “Conor McGregor almost hit a fan with this throw.”

Another said, “Conor McGregor threw the worst ceremonial first pitch in the history of all time in front of about 30 Cubs fans.”

And another said, “50 Cent has possibly the worst first pitch in MLB history.”

The Highlight, who is gearing up for a UFC 268 showdown with Michael Chandler, tweeted, “Can’t stop laughing at this. Every MMA fighter who has represented us doing this looks terrible, but this takes the cake.”

McGregor was quick to laugh at his tone, which he jokingly said was “a little off.” 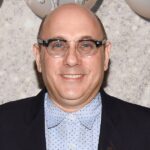