A couple who refused to say who had hit a baby in their care were jailed after a jury concluded they both should have done so. The couple tried to get off the hook by denying wrongdoing with the newborn.

Couple jailed after refusing to disclose who hit newborn baby

Ryan Briody, 34, and Rebecca Stott, 29, were arrested after the three-month-old baby was admitted to hospital with a life-threatening brain hemorrhage.

Tests revealed that the baby, who was in the couple’s care, also suffered rib fractures, some of which were at least 10 days old.

But when questioned, Briody and Stott tried to get off the hook by denying wrongdoing. They refused to say what had happened to the baby, but accepted that one of them “must have lost their composure” and attacked the child.

At Minshull Street Crown Court, the couple were locked up for 27 months after being found guilty of causing or allowing a child to suffer grievous bodily harm.

The baby, now three years old, is in the care of relatives.

The investigation began on 30 August 2018 after Stott brought the baby to A&E at the Royal Oldham Hospital fighting for his life before being transferred to the resuscitation unit.

Prosecutor Harriet Lavin said, “Scans showed he suffered a subdural hemorrhage. He needed three ventricular punctures. Two punctures were needed on Aug. 30 and a new one was inserted the next day, which was needed for seven days.”

“He suffered a cerebral hemorrhage, oxygen deprivation to the brain and fractured ribs, some of which were at least 10 days old. A subdural hemorrhage and at least one previous episode of hemorrhage were also found.”

The experts conclude that the baby sustained these injuries as a result of an agitation mechanism on at least two occasions, one shortly before admission to the hospital and the other at least two weeks earlier. 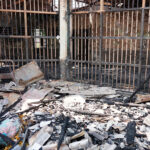 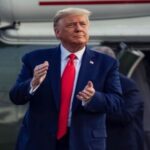