Demi Lovato gender journey isn’t over yet. The musician, who came out as non-binary in May, recently spoke about their experience exploring their gender and what the future looks like for them.

“Being non-binary, what that means is that I’m so much more than the binary of male and female. And that we are all so much more if we allow ourselves the ability to look within ourselves and challenge that binary that “I grew up living in,” Demi said while speaking at the 19th Rep Summit .

Demi noted that they started questioning her gender as early as elementary school, but the whole gender journey lasts “forever.”

While Demi doesn’t “know exactly what that looks like” for them, they do know that they are fully embracing how they currently identify.

“I have a feeling it will never go back to being one way or the other, but just, it’s about keeping it open and free and I’m a very fluid person, and that goes with how I express myself. too,” Demi concluded. 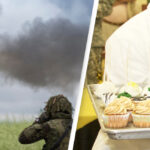 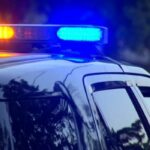