In a recent interview with Becky G, Demi Lovato revealed how she had a blast singing for ghosts in an abandoned room. The singer talked about her experience with a paranormal entity.

Demi Lovato tells how was the concert she gave to ghosts

Demi Lovato’s return to the spotlight has given her fans and the media a lot to talk about. At first, after telling the details of the collapse of her career, later when she identified herself as a non-binary person and recently after recounting a paranormal experience with ghosts.

In the last year, Demi Lovato has focused her creativity in different ways, with music releases, empowering messages to her fans, television shows and, weeks ago, through the release of a docu-series titled ‘Unidentified”.

In this production, the singer takes her fans with her to investigate an alleged extraterrestrial sighting that left her completely shocked and, in her journey, along with her friends, in one episode it was shown how she not only had contact with beings out of this world, but also with ghosts.

This was the day when Demi Lovato sang to ghosts

About this experience she talked a little more in an interview for the Facebook Watch program ‘Face To Face With Becky G’, hosted by one of her best friends in the industry and in it, among other things, she talked about her experience with a paranormal entity.

“I think it was a room full of ghosts. We were in search of aliens… We came to a city called Vulture City, which is known for the ghosts that inhabit it. We put two of these (detector) machines in the place and I decided to sing for them and they came out when I finished singing… I got a standing ovation from the ghosts.”

In the following video you can see the record of this spooky yet touching moment from the ‘Unidentified with Demi Lovato’ series, in which the star managed to shock a group of ghosts with her voice.

did you just assume there gender how very rude…

-2
Reply
Will brown
Reply to  anonymous

Because she’s literally a woman. There’s only 2 genders. Now fuck off 😂

24
Reply
Joe
Reply to  Will brown

She her fucking breast girl woman vagina fuck you

This is exactly what I said

And this, ladies and gentlemen, is what drugs do to you 😂

Sad that ppl will do anything to get their 2 mins of fame anymore. Demi will always be a woman. Singing to ghost is just for more views. Same as talking about star ppl. She is wanting attention so badly she’ll say and do anything anymore. She’ll never be a role model for young girl’s. That demi left along time ago.

Seriously so disrespectful they miss-gender Demi throughout this article.

No they didn’t lol. She’s a woman you snowflake. What’s disrespectful is all of you idiots trying to deny biology when there is only 2 genders 😂

23
Reply
James
Reply to  Will brown

Biology has nothing to do with gender you fucking melt

not everyone who says they are non binary actually are.. some do it for attention like I’m 99% sure Demi is.. kind of like taking Trisha Paytas seriously, and it’s literally impossible to get used to calling someone they I’m sorry

Wut did you just say?
What in the fuck are they teaching kids on school if you don’t know that biology has EVERYTHING to do with gender.
What the piss did I just read. Are you a real human being that believes that? Dear God I hope you’re just a generated bot!!! 😳😳😳😳

-1
Reply
Mads
Reply to  Will brown

Even the dead aren’t safe

Hey, fuck you for misgendering them after pointing out that they’re non binary 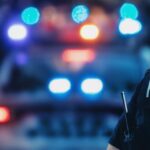 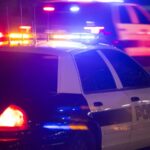