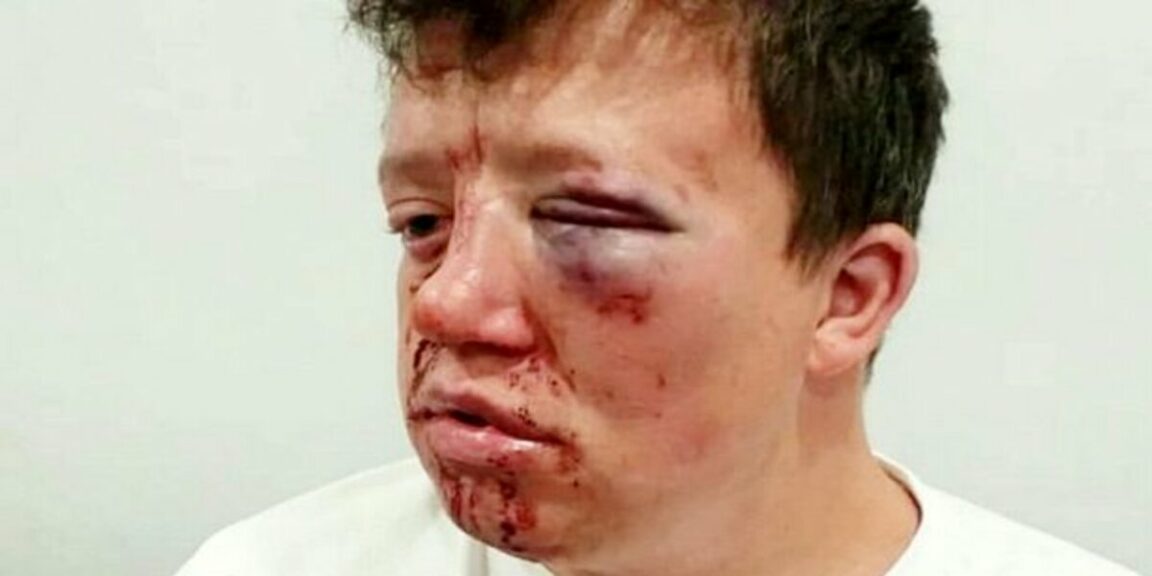 Two thugs left a disabled soccer fan with a fractured cheek after ‘brutally’ assaulting him outside a chip store. The helpless man, was subjected to a five-minute sustained assault and had to crawl for help until he got someone to call the police.

Johnathan Morris suffers from Noonan syndrome, a rare genetic condition, and lives with a range of learning difficulties.

According to reports, the 27-year-old thought he was meeting friends when he arrived at the restaurant, but was punched in the face and repeatedly kicked and stomped as he lay on the ground.

A family member has claimed that the ‘brutal and disgusting’ attack was ‘planned’ by an acquaintance with whom Johnathan was involved in a disagreement in the pub a couple of nights before the attack. 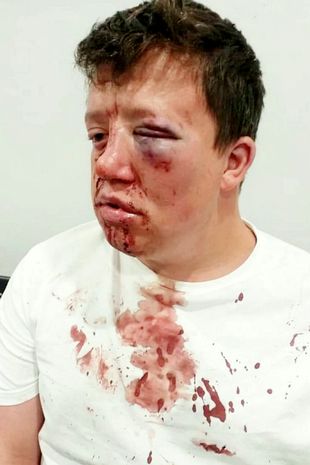 He was rushed to hospital where x-rays revealed he had suffered a fractured cheekbone, a swollen eye and severe concussion.

The helpless Jonathan was subjected to a five-minute sustained assault and had to crawl to the aid of a bus driver who called the police.

The community has rallied around the football-mad victim, including securing a free season ticket from his beloved Bolton Wanderers , where he regularly attends matches dressed as club mascot Lofty the Lion. 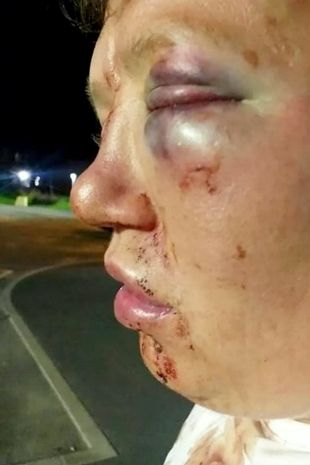 The brutal attack was captured on CCTV outside the Olympus fish and chip store in Bolton at around 10pm on August 1.

Sasha, who is Johnathan’s designated adult, said she hopes he can feel safe again as he is the ‘nicest man’ she knows.

A Greater Manchester Police spokesman said, “We have confirmed that two men aged 36 and 41 have been arrested in connection with this incident and remain under investigation after being released.” 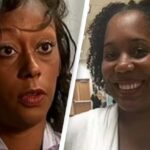 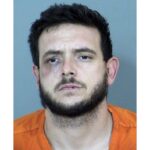