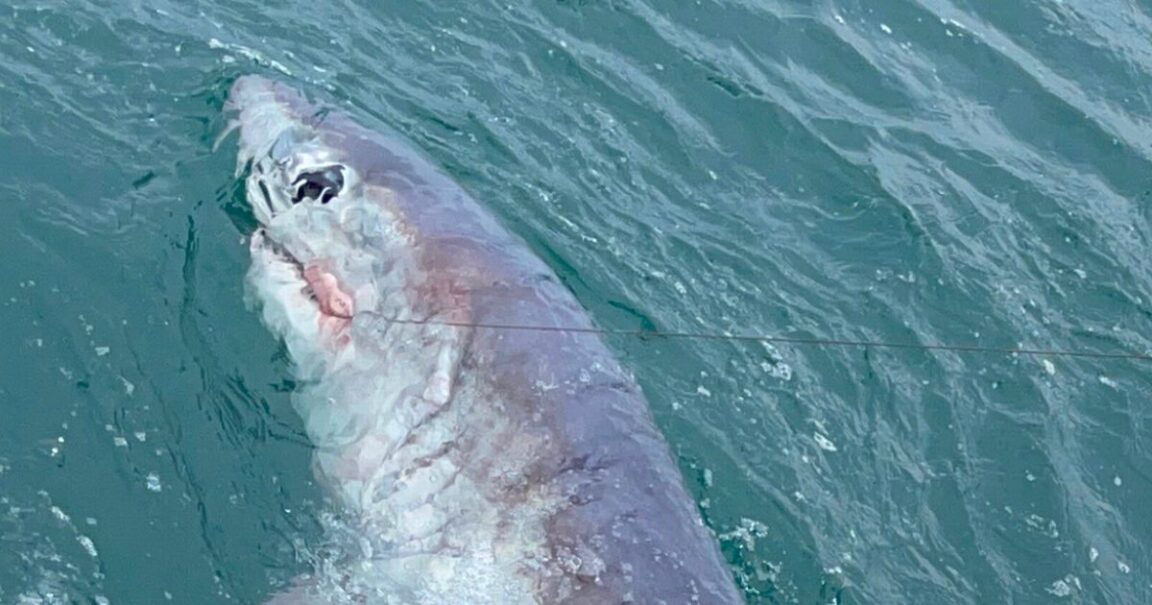 A fisherman is in luck after catching a record-breaking “monster” shark off the coast of Devon. The best part of the case is that the shark was unhooked and thrown back into the sea.

Simon Davidson, from Northamptonshire, wrestled with the 550-pound mako shark for an hour before he was able to catch it.

The 39-year-old and five others had to hold on to the giant sea creature before pulling it back into the water seven miles away. The catch surpassed the previous record of 507 pounds.

Speaking about the mammoth catch, Davidson, who was a freshwater fisherman before switching to deep-sea fishing, said it was absolutely “terrifying” to think of sharks of this size crawling the waters off the British coast.

The plumber said, “I was bitten by the bait and didn’t think it was a big fish because it hadn’t started fighting yet. But when I got it close to the side of the boat, I realized it was a real monster. It suddenly came out of the water and ripped about 600 meters of line off me and it was a brutal battle to retrieve it.”

After taking the measurement, Simon unhooked the shark and returned it to the sea.

The official record for the largest porbeagle caught in the UK is 507 pounds. It was caught in 1993 by Scottish fisherman Chris Bennett in the Orkney Islands. 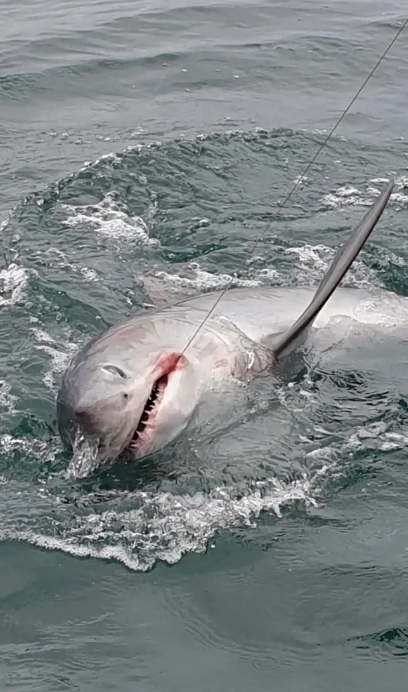 For the UK Fish Records Committee to consider an official record, potential record fish must be weighed ashore, which means they have to be killed.

Most fishermen are unwilling to do this, so they measure the shark and estimate its weight. Along with blue sharks and threshers, mako sharks – Lamna nasus in Latin – are native to UK waters.

They are large and powerful sharks, but are not considered harmful to humans, as they rarely come close to shore. 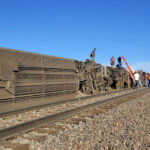 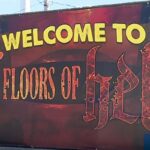