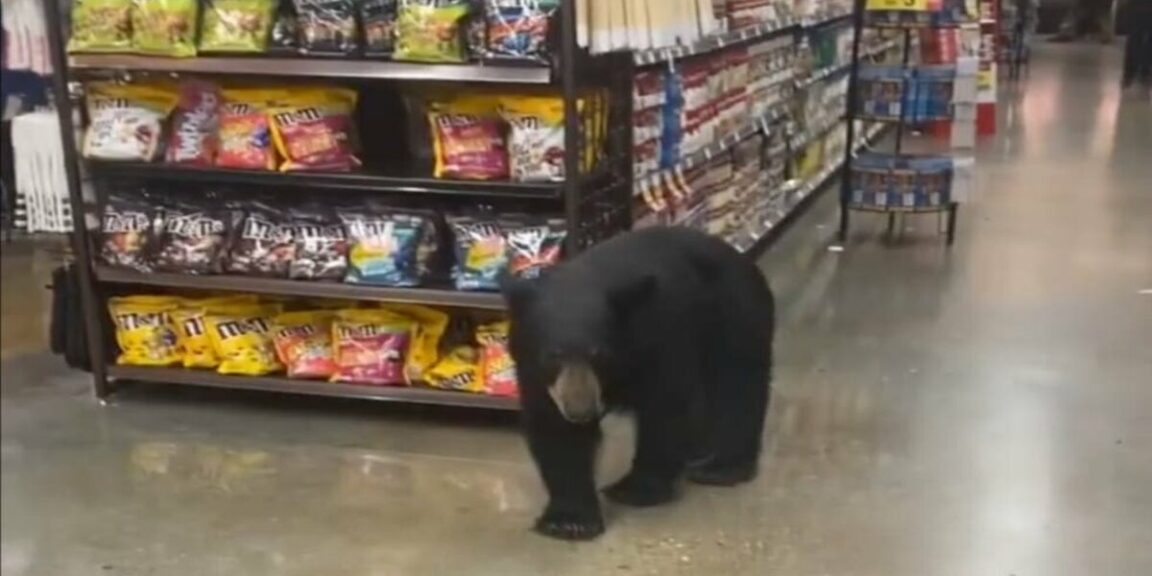 Los Angeles grocery store shoppers terrified by huge bear strolling the aisles. Fortunately, the California Department of Fish and Wildlife located the 120-pound bear and was able to tranquilize it.

Huge bear filmed strolling through a grocery store in the U.S

A baby bear was caught on camera casually strolling through a Los Angeles grocery store on Saturday morning. The bizarre scene occurred at a Ralph’s grocery store in the suburban Porter Ranch neighborhood of Los Angeles.

Shoppers were stunned over the weekend when a black bear wandered into a grocery store, and it was all caught on camera.

American actress Tisha Campbell Martin shared the video on Instagram captioned “THAT’S NOT A DAMN DOG !” before writing, “A DAMN BEAR !!! Really?!!!!!! Store employees chased him away. There were no cops called, no damn fire department, no vet-effin-narian. NUTHIN !!!! When you came out of the store you were alone !!!!! ”

The bizarre video, which has been viewed more than half a million times, shows the bear walking aimlessly down one of the aisles. A customer can be heard in the background of the video greeting the bear with “hey baby.”

The bear prompted Campbell Martin to leave the store, “Now I have to go,” he said.

Other shoppers are visible in the video, looking completely unfazed as the bear walks down an aisle.

Witnesses told FOX 11 that the bear had entered the store and was eventually chased away by employees.

The California Department of Fish and Wildlife located the 120-pound bear behind a nearby Walmart, tranquilized it and relocated it deep into the Angeles National Forest. 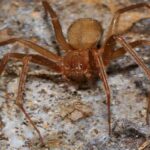 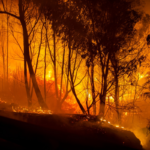