Jessica Simpson is celebrating four years of sobriety with a look back at the low point that made her seek a change. “I can’t believe it’s been 4 years!” wrote Jessica Simpson.

The singer, 41, shared a photo on Instagram on Monday, Nov. 1, 2017, showing her partially in shadow and what Simpson called “an unrecognizable version of myself.”

“I knew that this very moment would allow me to reclaim my light, show victory over my internal battle of self-respect and face this world with piercing clarity,” Simpson wrote.

“Personally, to do this I needed to stop drinking alcohol because it kept my mind and heart spinning in the same direction and, honestly, I was exhausted.”

Simpson said he wanted to go through the struggle of getting sober to “wear it as a badge of honor” and “live like a leader does and break cycles.”

He went on to say that he didn’t want to risk “regretting any decisions he’s made.”

Now, years into the journey, Simpson wrote that “I can’t believe it’s been 4 years! Seems like maybe 2.”

She also said that alcohol wasn’t her Achilles heel, she herself was.

While promoting his memoir “Open Book” early last year, Simpson told People that he “didn’t realize everything I had to say until I connected with him through music and writing.”

She recalled the “deep background” she experienced on Halloween 2017, when she had been drinking and was “getting distracted,” unable to fully enjoy the day with her children.

Noting to the magazine that she was “terrified to let them see me in that way,” Simpson vowed to turn things around the next day. 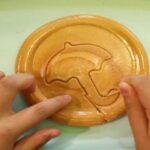