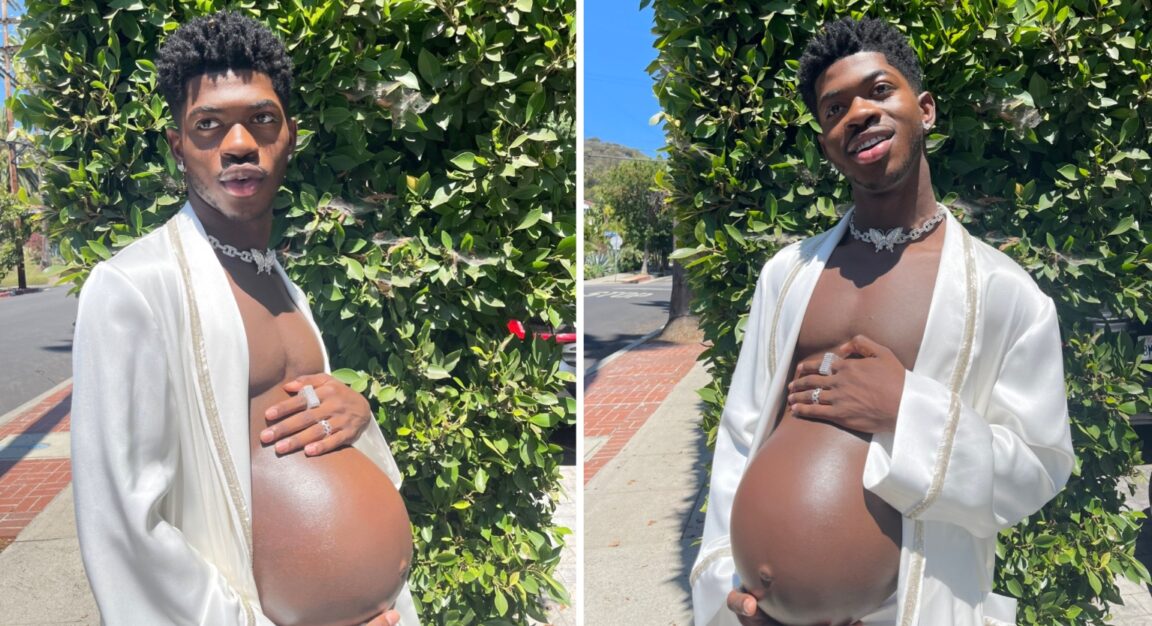 After the fake pregnancy photo shoot, the rapper quickly began to face criticism from some who felt his actions were transphobic.

In a post, Schuyler Bailar, a trans advocate and athlete, explained that he believed the fake pregnancy was ‘insensitive and irresponsible’ as it relied on a ‘shock factor’ based on the idea that men can’t get pregnant, noting that ‘trans men can and do it all the time’.

”Lil Nas X‘ depiction of pregnancy as a cis man welcomes ignorance and hatred towards the trans male community specifically,” he wrote, including screenshots of transphobic comments left below the rapper’s post.

After his post, Bailar received several comments from his black trans followers who were concerned that he had called out Lil Nas X, but not James Charles, who also posted a fake pregnancy photo shoot earlier this year. 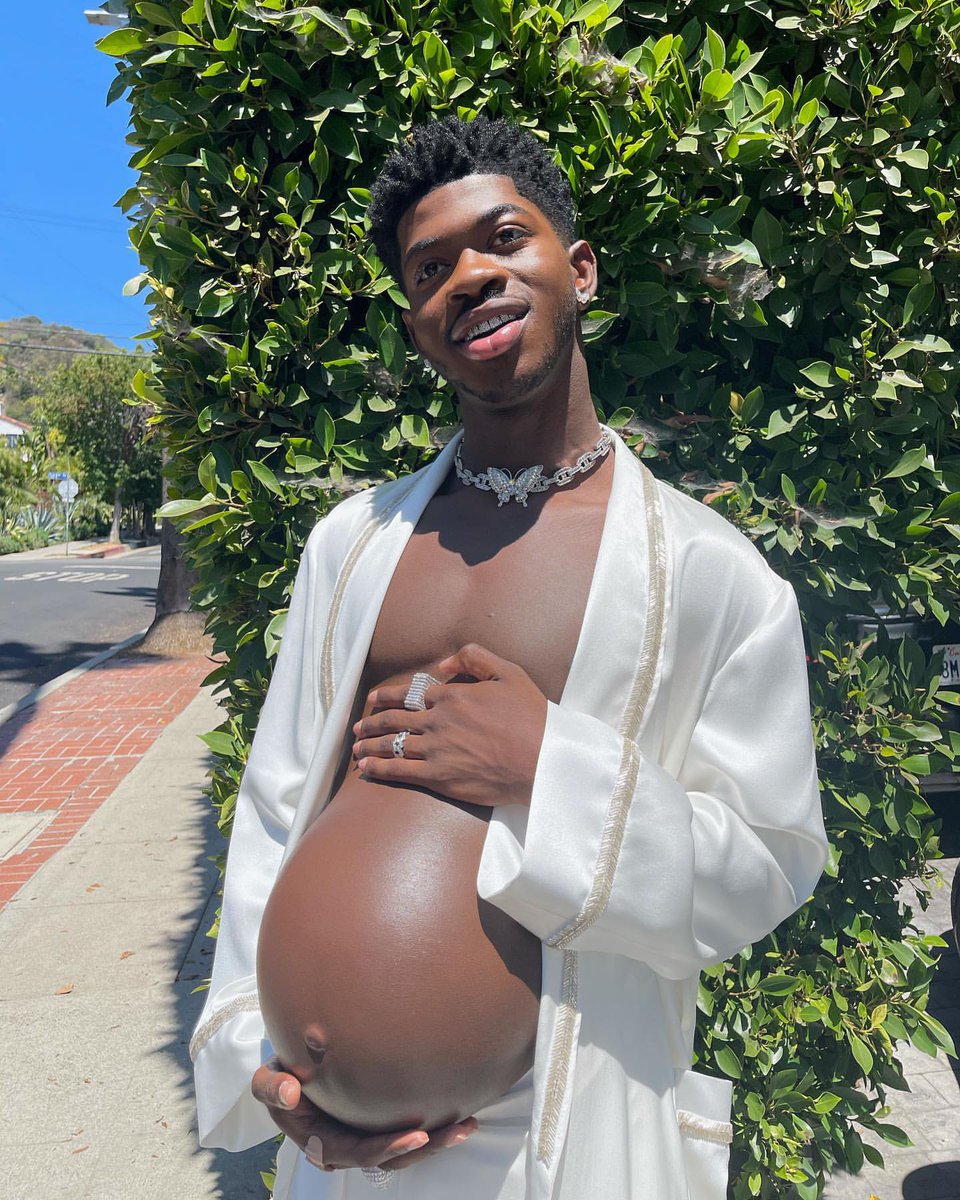 Among those who took a different view was Kayden Coleman, who in an Instagram Live conversation with Bailar explained that while he agrees that the act could be perceived as transphobic by other trans men, he believes those who criticize Lil Nas X without also calling out cis white men who have done the same exhibit anti-black bias.

Coleman, also a trans educator, also said he saw positives in the rapper’s decision and told Bailar that he hoped the conversation sparked by Lil Nas X’s session could help spur a conversation about trans male pregnancies, especially as it relates to black trans people.

“It’s doors we can open … we can use this to leverage a conversation that needs to be had,” he said. 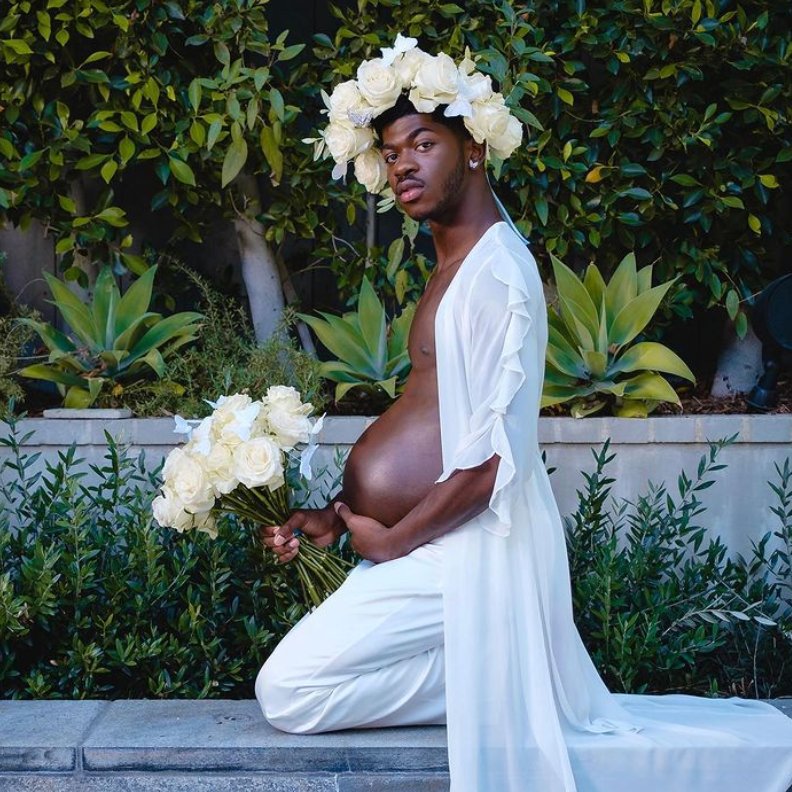 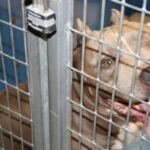