A West Georgia man attacks a 15-year-old black boy with a belt because the boy was allegedly swearing while playing basketball with his cousins outside his aunt’s house in Villa Rica.

The July 10 incident was captured on a home surveillance camera, which shows Matt Martel, 29, confronting Maliyk Sim, 15, belt in hand.

Martel, who was arrested on Monday, July 12, faces charges of assault, battery, cruelty to children and disorderly conduct.

Martel reportedly told police he was angry because Martel was swearing while playing basketball with his cousins.

Footage shows Martel confronting the teen, before grabbing the front of his jersey before the two left the camera’s view. A crash is heard as the two are off camera.

“And he grabbed me with his hands on my neck. He threw me against a garage and I hit my head,” Sim said, adding that he was in shock but was afraid to defend himself because he feared getting in trouble.

“My son has played soccer, he’s played every sport, he’s fully capable of defending himself. He walked away and yet this man is chasing him with a belt,” Sim’s mother said.

I’ve had kids say crazy things to me, hit me, but I’ve never thought about taking off my belt and hitting someone else’s child,” said the mother, who was inside her sister’s house at the time and ran to call the police. 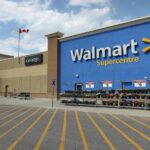 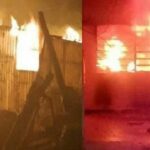