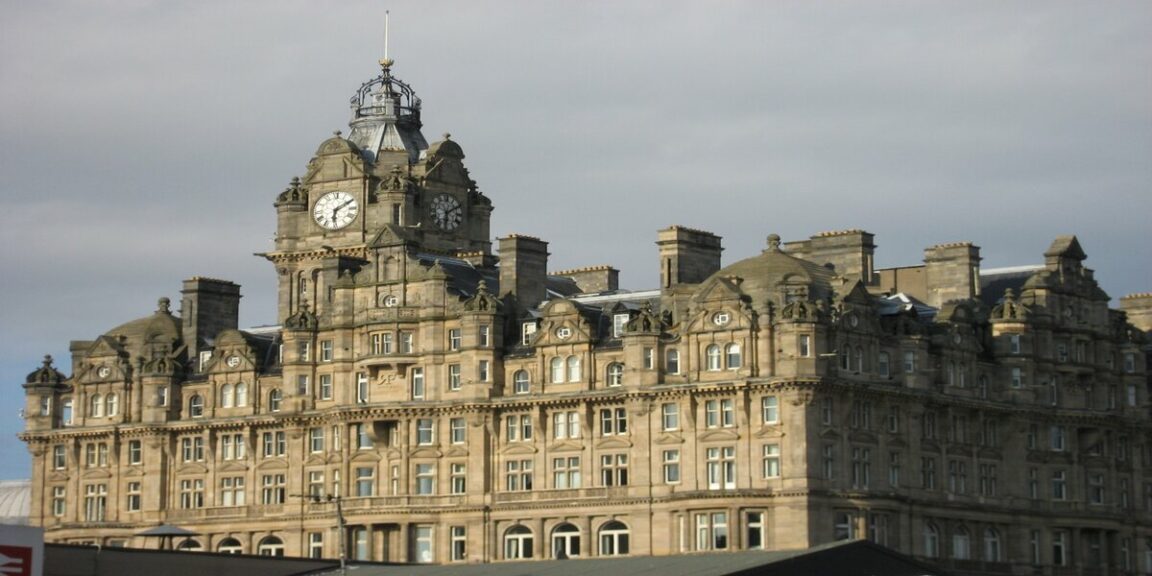 Coming from Portugal after a sentimental failure, the writer J.K Rowling arrived in Edinburgh to begin to give life to a boy wizard, this city inspired her to create the different spaces where the magical adventures would take place.

Places in Edinburgh that inspired J.K. Rowling to write

J.K. Rowling, the creator of the Harry Potter universe, and her little girl landed in Edinburgh from Portugal after a failed romance and because the writer had family in the city.

And it was in Edinburgh that the boy wizard began to take shape. While Joanne was giving shape to her creation, she was walking around the city, which served as inspiration to create the different spaces where the magical adventures would later take place.

I can’t think of a more magical city than Edinburgh.

The tour starts at the Royal Mile. From there and looking towards Holyrood Palace, in the background, in the sea, you can see an islet, is Inchkeith Island.

This small island abandoned for years is believed to have been a source of inspiration for the creation of Azkaban, the famous and terrible prison of the magical world of Harry Potter.

We continued and headed to The Mound, one of the newest museums in the city and one of the most curious, is dedicated to the currency and the world of money in general and is located in the former offices of the Bank of Scotland.

This building is believed to have inspired J.K. Rowling for the creation of Gringotts, the bank of the wizards guarded by goblins, which in turn have their origin in the Brownies, beings belonging to Scottish folklore. 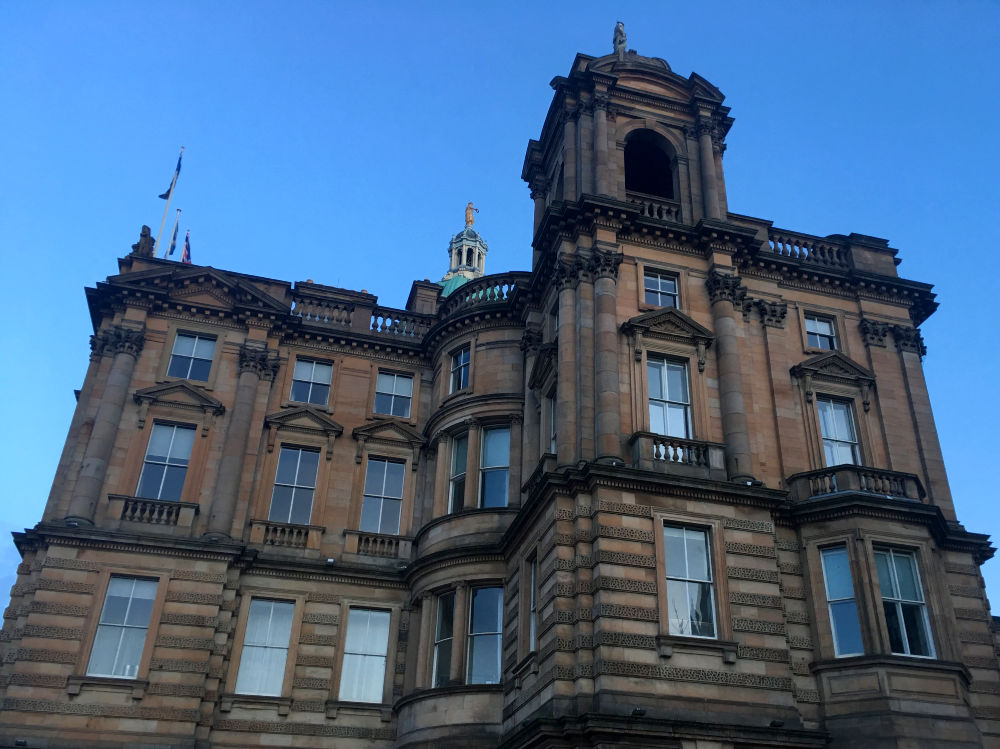 Very close to The Mound we find the imposing building of the New College, headquarters of the Faculty of Theology of the University of Edinburgh and in whose courtyard stands the statue of John Knox, the founder of the Presbyterian Church. 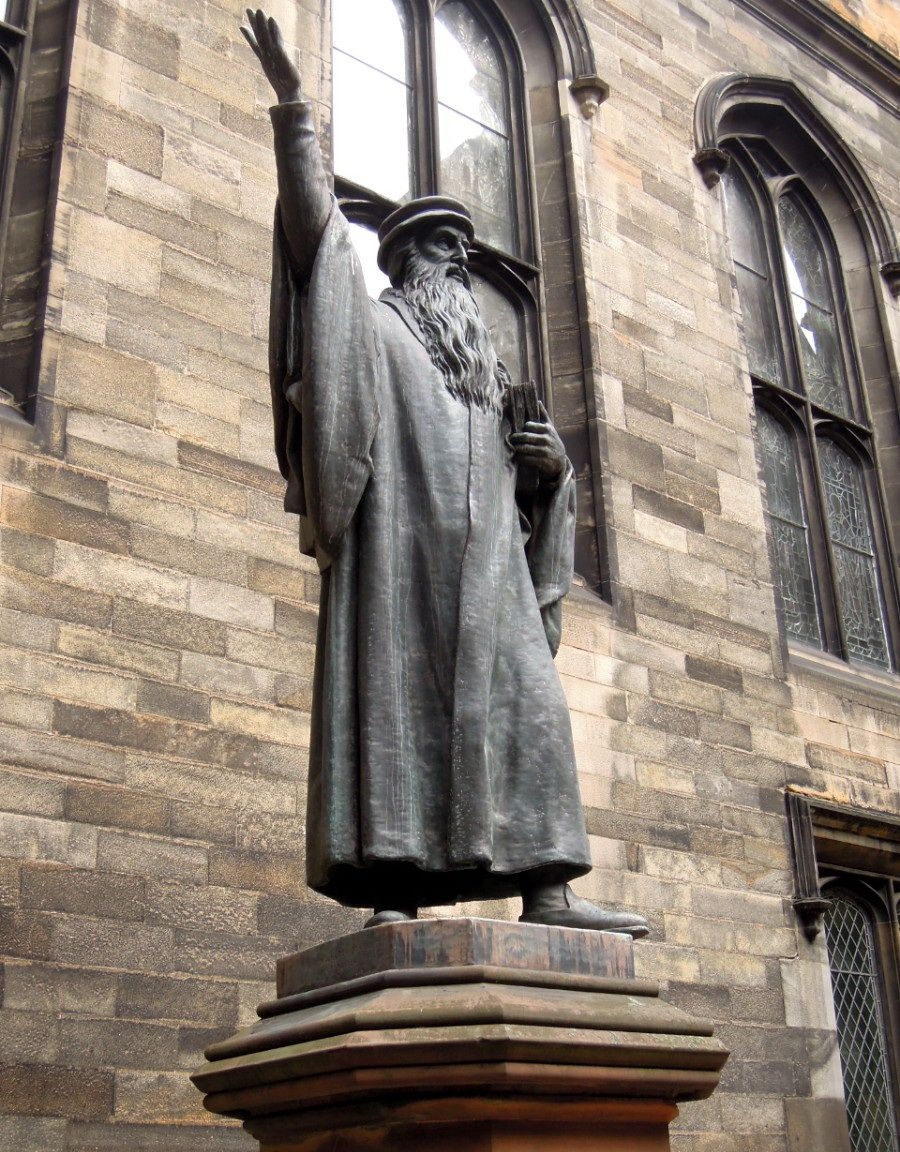 The truth is that the image of this statue is almost nailed to the headmaster of Hogwats.

Back on the Royal Mile we stopped in front of Gladstone’s Land, one of the oldest houses in the city.

This house on the Royal Mile is an example of what was a house of the seventeenth century and is believed to have been a source of inspiration for the creation of the house of Sirius Black. It can be visited, it preserves period furniture and has a remarkable painted ceiling.

The Leaky Cauldron – doors boarded up to avoid the sun tax

The next stop is inside Fishers Close. On the wall you can see that there was once an access to somewhere and it has been bricked up, this was done to avoid paying the sun tax.

If you remember The Leaky Cauldron was a bar where wizards went inside which was the access to Diagon Alley, it is believed that J.K. Rowling had the idea from these walled accesses.

Victoria Street is undoubtedly one of the most photographed places in the city. A curving street that climbs from Grassmarket to George IV Bridge.

It is dotted with stores and restaurants and its facades are painted in bright colors that give the street a very particular aspect. 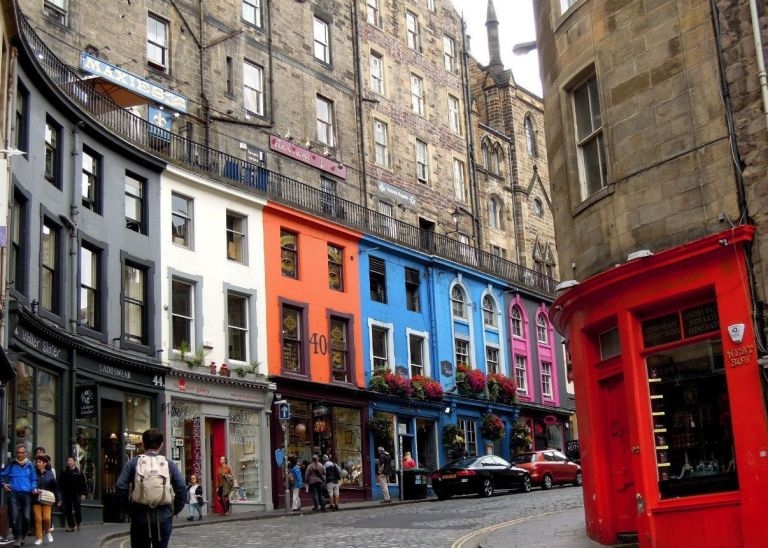 It is believed that J.K. Rowling was inspired by this street to create Diagon Alley, which is the shopping street of the magical world of Harry Potter, there is even a seal on the wall that certifies it.

Maggie Dickson may have been the inspiration for Nick Nearly Beheaded. Maggie Dickson was a young woman who lived in Edinburgh, more specifically in Grassmarket, in the pub building that bears her name, in the early 18th century, her story is creepy yet hopeful and yes, as you may have guessed, Maggie was sentenced to hang but did not die by hanging.

The next and last stop is the legendary Greyfiars Cemetery, where the little dog Bobby is buried and where bloody Mackenzie does his thing and this place is one of the most related to Harry’s stories.

In Scotland it is not uncommon to find cemeteries integrated in the cities that have become places for walking, rest, relaxation…

Greyfiers is perhaps the best known cemetery in Edinburgh and right in the center. J.K. Rowling must have walked there a lot since the names of some of the main characters of the saga were inspired by people who lie in this cemetery.

Tom Riddle and Professor MacGonagal are the most prominent but fans have also placed in this cemetery the grave of Sirius Black and Dobby, the house elf, one of the most beloved characters by fans.

From one of the wings of the Greyfiers cemetery there is an access to Heriot’s School.

This private school is divided into four houses, just like the school of magic, each house has a color and students are differentiated with this color in their uniform, the school also has a point system that gives the different houses and at the end of the course is exchanged for rewards.

Although the author denies that she was inspired by any of the Edinburgh schools.

This building is in Manchester and used to be the Bourneville Hotel (Pretty sure it’s this building. It might be the one along). Anyway, I spent a single night there in 1991, and when I left next morning, I’d invented Quidditch. pic.twitter.com/gNzAanTw20 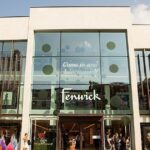