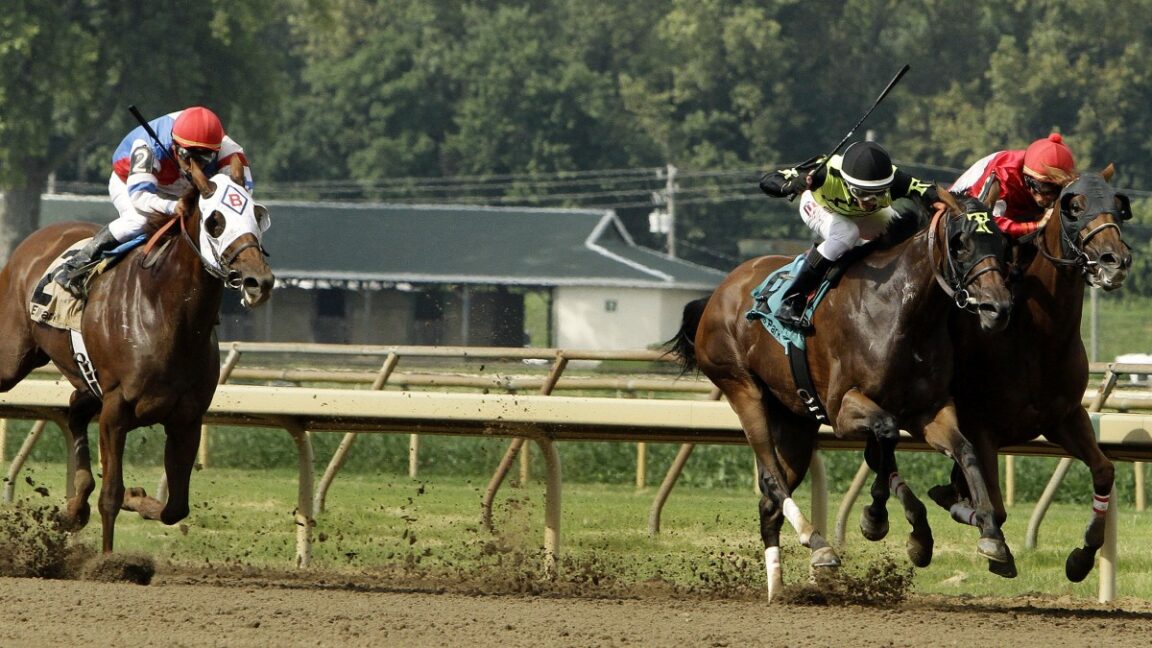 A racehorse escaped Saturday from Ellis Park racetrack in Henderson County, Kentucky, and embarked on a 30-minute chase down the road.

The 2-year-old, named Bold and Bossy, broke loose on his way to the starting gate before his race, knocking down his jockey, Miguel Mena, in the process, according to the Associated Press.

The planned event would have marked his first race.

Racehorse runs down Kentucky road after escaping from racetrack

After breaking free, Bold and Bossy ran off the track and onto Interstate 69 and Veterans Memorial Parkway. There, a group of trainers chased them, along with police and the sheriff’s department, who also showed up.

In a video of the scene taken by onlookers, Bold and Bossy are seen wearing a yellow No. 4 marker, a saddle and blinders on their faces. “Today the horse is running full speed down I-69. I have no idea how it started or ended.

We live in strange times,” driver Cullen Stanley wrote in a social media post from the roadway.

Ewing said Bold and Bossy suffered minor leg injuries due to the loss of two horseshoes and suffered cramps from dehydration during their time in the race.

Trainer Jack Hancock also told the AP that the blinkers the animal was wearing likely made it difficult to stop her.

“I couldn’t see anything next to it, so it was a little worse trying to catch it,” he explained. “I’ve been here my whole life and I’ve never seen anyone make a run like that, not that far or with that much highway.”

After about a half-hour, Bold and Bossy began to slow down, which allowed Ellis Park riders and police officers to retrieve and calm her down, according to NBC News.

Bold and Bossy didn’t end up racing that day. 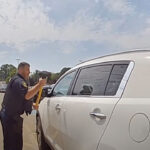 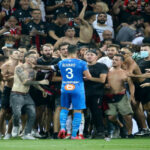