Florida’s attorney general ruled that there is “no evidence” that Melissa Carter, principal of Central Elementary School, committed crimes for punishing the minor, who had deliberately broken a computer.

Florida Attorney General Amira Fox said Friday that there is “no evidence” that any crime was committed in the case of the principal, who hit a six-year-old Latina girl with a paddle.

The video shows Melissa Carter, the principal of Central Elementary School, as she hits the first-grader in the buttocks at the Hendry County school.

In the footage, the frightened girl sobs as the official demands that she improve her behavior.

The video was secretly filmed by the mother, who claims her daughter was a victim of child abuse and assault.

A Florida school principal is under investigation after a video surfaced of her using a paddle on a first grader in front of the student’s mother. @tjholmes reports. https://t.co/i9rZzYvW4s pic.twitter.com/TdSBQwaNvA

“After reviewing the totality of the evidence and the law, it does not appear that Ms. Carter committed any crime in this case,” the prosecutor’s office said in a statement.

The girl’s mother, Fabiola Rivera, was notified by phone that her daughter had deliberately damaged a school computer and that she should ask for $50 to fix it, according to a note from Florida Assistant U.S. Attorney Abraham R. Thornburg.

Upon arriving at the school, Rivera explained that his daughter had also broken things in the house, but that he was afraid to hit her because the girl was threatening to call the police and the Department of Children and Families.

Cecilia Self, a client’s assistant at the school, advised her that she needed to show up at the school, ask to have the child disciplined, and be present while she was being punished to see if she wanted the staff to do it for her.

On several occasions, Self translated Carter’s warnings to the child into Spanish so that her mother would understand them. 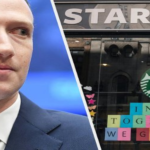 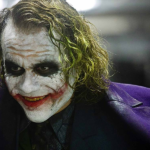