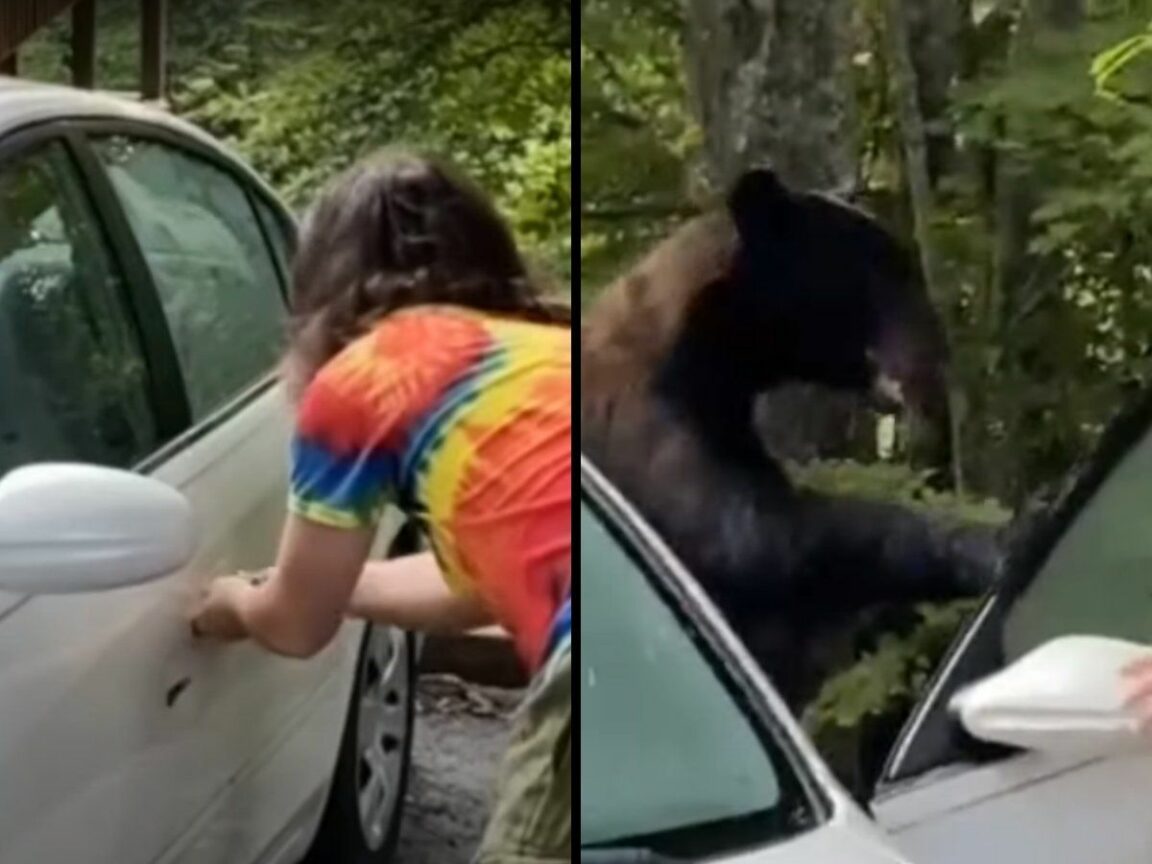 A man risks death and the brave or ridiculously stupid man can be seen opening the door of the white vehicle before he starts screaming, yelling and waving his arms.

The frightened barefoot is Joseph Deel and he posted the clip on his TikTok account, a week ago. The terrifying incident took place in Gatlinburg, Tennessee, a bear-themed tourist town.

To top it off, the bear mauled Joseph’s car and, because of the damage, he had to abandon the vehicle on the interstate. Joseph said, “Where we were staying, it was a cabin on top of a mountain, we were surrounded by trees and nature.”

“When you’re surrounded by nature, who’s going to get in your car? There were no people around me, I wasn’t worried about my stuff getting stolen. Turns out the bears get into your car, and they actually do it pretty well, because they also tried the nearest neighbor’s doors and my friend’s car doors.”

Joseph went on to explain how the group discovered the bear, “It was around 7 a.m. and someone started honking the horn over and over again.

“After seven or eight honks, my friend got out and panicked. I immediately thought ‘oh yeah, we’re on a mountain in the middle of the woods. There’s hardly anyone else around us’.

One person added to the video, “Why does the bear look so confused as if it’s his car you kicked him out of?”. While another added “Wow, you’re really going to steal his car like that, this isn’t GTA”. 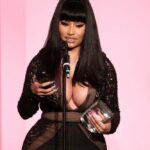