The first time Cristian Fernandez appeared in the media he was only two years old. Police found him, naked and dirty, walking the streets of Miami in the wee hours of the morning.

The boy had escaped from the dingy hotel room where his grandmother had been using drugs for days.

The terrible story of the youngest inmate in the U.S.: Cristian Fernandez, 13, faces life in prison for murder

After that incident, Fernandez and his mother, Biannela Marie Susana, then only 14 years old, became dependent on Florida social services.

Violence and sexual abuse have been a constant in the life of Cristian Fernandez who now, at the age of 13, has become the youngest convict in the U.S. awaiting trial and faces a life sentence for beating his two-year-old stepbrother to death while babysitting him.

In addition, he must answer to another charge of sexual abuse on another half-brother, only 5 years old.

It’s no excuse, but Cristian was never a wanted child. In fact, he was born after his mother was raped by a neighbor, who ended up sentenced to 10 years in prison for the abuse.

Marked by this fact, Cristian Fernandez’s tortuous and difficult life never improved. When he was only three years old, he was expelled from kindergarten for pulling down a classmate’s pants and simulating sexual intercourse. Florida social services investigated the case and determined that the child had been abused in some way.

Years later, it was learned that a cousin of his was responsible.

Investigators from the Department of Children’s Services found that, at the same time, Cristian had killed a cat for simply scratching it. They decided to put him in treatment to try to correct his “antisocial and criminally inclined” behavior.

Before he was six years old, his mother married Luis Alfonso Galarrago Blanc. They lived together for almost five years without serious problems, but the marriage broke up in the most tragic way imaginable: Galarrago Blanc committed suicide in front of the couple’s children after brutally beating Cristian.

That event deeply marked the already difficult personality of the boy who, barely six months later, was arrested accused of being responsible for the death of his stepbrother. He was 12 years old.

On the afternoon of March 14, 2011, Biannela Marie went out of her house and left Cristian, the oldest of her children, in the care of his siblings. When she returned in the evening, she found the youngest, age two, unconscious and bleeding from his nose and ears.

Cristian told her that he had “fallen out of bed”. Biannela cleaned him up and put him back to bed.

Only two hours after returning home, and after noticing that her baby was unresponsive, she also searched the internet for the symptoms of a person “with a blow to the head”. At that moment, frightened, she called the emergency services.

Her young son died in the hospital after two days in intensive care with a skull fracture. The 25-year-old was prosecuted and pleaded guilty to negligent behavior.

Tried as an adult

In Cristian’s case, the prosecution charged him with first-degree murder and asked that he be tried as an adult because of the seriousness of his crime and his previous antisocial behavior.

A popular initiative that has collected more than 190,000 signatures across the U.S. calling for the justice system to reverse its decision to try Cristian Fernandez as what he is, a minor, has been to no avail. His drama is not unique; the US Department of Justice recognizes up to 29 cases of minors under the age of 14 who have committed murder since 2010.

As a minor he cannot get life in prison 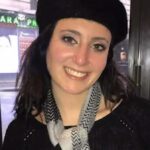 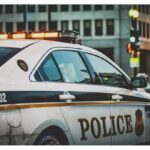