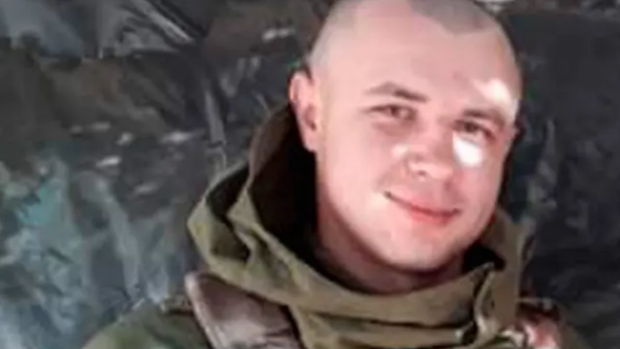 A young Ukrainian soldier has been recognized as a hero after he blew himself up along with a bridge in order to stop the advance of Russian troops, the Ukrainian Armed Forces have reported.

The news of Vitaliy Skakun Volodymyrovych’s death has been shared on Facebook by the General Staff. According to the published information, the young man was on a bridge prepared to explode when Russian tanks were approaching that position. When he realized that he would not be able to get out in time before the explosion, he made the decision to stay and make sure the bridge was destroyed, even if it meant giving his own life.

The message published by the General Staff of the Armed Forces about the young man’s bravery read:

“On this difficult day for our country, when the Ukrainian people are repelling Russian occupiers in all directions, one of the most difficult places on the map of Ukraine was the Perekop isthmus, where a detached marine infantry battalion was located. One of the first to encounter the enemy.”

Quoting the same force, the Euromaidan Press agency wrote on Twitter, “To stop the advance of the tank column, the decision was to blow up the Henichesk bridge. Engineer Skakun volunteered to perform this task. He mined the bridge but could not leave and blew it up along with him.”

“To stop the advance of the tank column, the decision was to blow up the Henichesk bridge. The engineer Skakun Vitaliy volunteered to perform this task. He mined the brdige but couldn’t leave and blew it up together with himself.” The unit successfully redeployed – Land Forces pic.twitter.com/7eMWTv03kX

The General Staff communiqué continued, “Our comrade died. His heroic act significantly slowed down the enemy’s advance, which allowed the unit to redeploy and organize the defense.”

The statement also confirmed that Vitaliy will be recognized. “The Navy Command will request the High Command to award the state award to Vitaliy Volodymyrovych.” 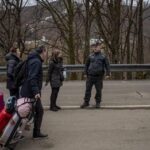 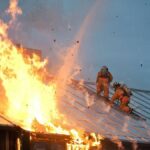