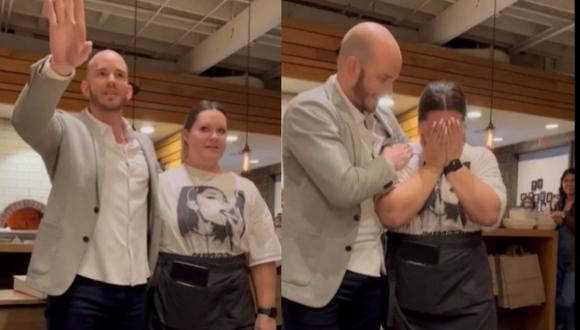 Curiously, the case of a waitress who served a group of 44 businessmen and who received a tip of more than 4 thousand dollars for assisting them in the best way recently went viral after it became known that she was fired from her workplace for not sharing the money received with the rest of her coworkers.

Waitress received $4,400 as a tip, but was fired for not sharing it with her coworkers

Last Friday, waitress Ryan Brandt and one of her coworkers were chosen to serve a group of 44 businessmen at a restaurant in Arkansas, United States.

Before paying the bill, Grant Wise, owner of the Witly real estate company that promoted the initiative, called the restaurant manager to ask about the tipping policy.

One of the customers took it upon himself to record the moment with his cell phone, and waitress Ryan Brandt couldn’t help but be moved to tears when she heard she would be receiving such a large sum of money.

Fired for not sharing a tip

“It was an amazing thing to do and to see her reaction was incredible, to see what that meant to her the impact it’s already had on her life,” Grant Wise told local media.

Ryan Brandt shared the tip with the colleague who helped him serve the group of businessmen, as Wise had asked. However, the business manager demanded that he split the money with the rest of the staff, even though the workers had not waited on the table.

After learning what had happened, the businessman asked for the money back and returned it to Ryan in the parking lot. Days later, the young woman was fired.

In the three and a half years she worked at the company, Ryan assures that nothing similar ever happened.

“It was devastating, I borrowed a significant amount for student loans. Most of them were turned off because of the pandemic, but they will be turned back on in January and that’s a harsh reality,” Brandt revealed to KNWA.

The restaurant issued a statement, reproduced by The Independent, noting that the firing was unrelated to the tips.

In the wake of what happened, businessman Grant Wise decided to create an online campaign to raise funds on Brandt’s behalf. 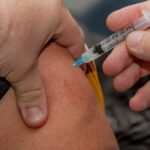 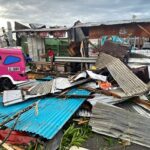