On Wednesday, November 10, family and friends of José Alberto Enríquez, better known as “Niño de Oro”, bid him a final farewell after he died last weekend when he was trampled by a bull in a jaripeo in Puebla, Mexico.

The father of the minor indicated that his son died in “his pleasure”, so he will not sue the organizers of the event.

The 15-year-old boy lost his life last Sunday after attempting to ride a bull weighing around 700 kilos, which hit him on several occasions with its back and front legs.

Although he was taken to the nearest hospital, doctors confirmed that the young boy had died due to the contusions.

José Alberto’s father revealed that the 15-year-old had left school to dedicate himself entirely to bullfighting.

“He did not want to study, he was rejego, rebellious and got into this sport, vice or whatever you want to call it”, said Don Gerardo.

The father also pointed out that in the school where the young man studied he was no longer wanted because of his hyperactivity, which led him to go to a psychologist.

The ‘golden boy’, as José Alberto Enríquez was known. The young man had gained popularity in this type of festivals due to his skill when riding bulls, even without hands. 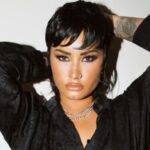 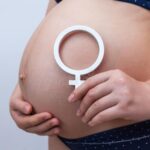