62-year-old Madonna wears only lingerie and stockings while posing for sexy Instagram selfies. The singer looked sensational as she showed off her slim figure in the raunchy outfit.

Madonna put on a ravishing display the barely visible bra.

The music icon proudly flaunted her cleavage in a bra that barely concealed her nipples, with crossover ribbon details that made up most of the lingerie.

She completed the look with black panties, thigh-high stockings, and a flat cap.

Madonna also wore a collection of necklaces around her neck. The first and last photos of the selection of snapshots showed the star sitting in a chair and leaning forward, putting her impressive bust at the center of the image.

Followers were shocked by Madonna sexy Instagram selfies, with one comment saying: “You still got it, girl!”

However, the post comes shortly after a TikTok user accused Madonna of photoshopping the singer’s face on her body.

She said she initially “thought it was a joke” when she saw Madonna’s head on her body. Later, she realized it wasn’t, because it was Madonna’s official account.

The Tik Tokers said that she was flattered, but she also wished she was credited for the photo.

She stated that she deserved to be mentioned, but she had no hard feelings towards the singer. 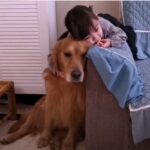 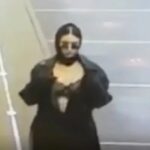