The huge shipment of sex toys

Dutch company EDC Retail has said it is annoying that its products were blocked in the Suez Canal.

The company also predicted that it was losing millions by not being able to restock. Indeed, many of its products were sold for Christmas and Valentine’s Day.

So, it absolutely needed the products blocked, in order to restore stocks.

Even though the passage is now unblocked, it will take a long time before rhythm is restored in the transport chain.

Ever Given, the ship blocked in the Suez Canal

The 120-mile-long canal is one of the world’s most important shipping lanes. Howver, it has stalled since a 200,000-ton ship got stuck at the end of March.

Ever Given, which is owned by a Taiwanese company but registered in Panama, was heading North.

But a gust of wind caused the ship to suddenly turn sideways nearly four miles north of the canal’s southern mouth. Then the ship got stuck on the embankment and lost the power to govern.

The ship was heading to the Netherlands, with an ETA dated March 29.

This ship was the largest one that has ever run aground in the Suez Canal. Fortunately, they were able to unblock it, otherwise, they had had to remove the load.

Every day, an average of 50 vessels pass through the canal, so the closure of it means that no vessels travel from north to south.

So, container ships and tankers are not delivering food, fuel and manufactured goods to Europe. 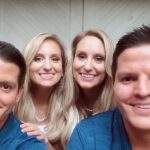 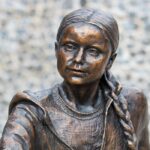