Seven-year-old youtuber Anastasia Radzinskaya, star of the Like Nastya channel, is the sixth highest earner of 2021 on Google’s video platform, in a list in which the other nine highest paid youtubers were all men, and which is led by MrBeast.

Anastasia has 87.5 million subscribers on her channel and in 2021 has managed to collect $25 million.

Anastasia, the seven-year-old youtuber who earns 25 million in a year with her videos

Jimmy Donaldson, better known for his YouTube account MrBeast, is the content creator who has earned the highest income from the platform during the past year 2021, with 54 million dollars, as reported by Forbes magazine, which has published its top 10 highest paid youtubers of 2021.

Donalson thus succeeds ten-year-old Ryan Kaji, first in the last ranking that had been drawn up and also in 2019. Koji, who conducts toy reviews, was the highest-earning channel in 2020, with $29 million, and falls on the current list to seventh, with $27 million.

Koji ranks just behind another children’s channel, that of seven-year-old Anastasia Radzinskaya, known for her Like Nastya channel, which has moved into sixth position, with 87.5 million subscribers.

Radzinskaya, who migrated from Russia to the United States with her parents, was already present on the 2019 and 2020 Forbes list.

In the first year she managed to collect $18 million and place third in the ranking, compared to $18.5 million in 2020.

Among the other highest paid youtubers on the platform, in second position is the channel of boxer Jake Paul, who returns to the list of highest paid after 2018 with $45 million collected.

At the end of 2017, a video in which Paul visited with his brother Logan a forest in Japan known to be a suicide site brought down his popularity.

It is followed by Markiplier, in third position with $38 million, ahead of the Rhett and Link channel, fourth, and Unspeakable, fifth.

Closing the top 10 are the Dude Perfect challenges (eighth) and the Logan Paul (ninth) and Preston Arsement (tenth) channels.

The sum of the ten channels managed to exceed $300 million in revenue in 2021, which is 40% more than in 2020, thanks mainly to the growth in views of their videos.

You have som god advice fo us at Super Mac Service? 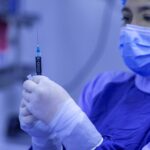 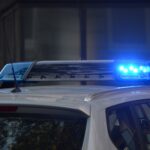