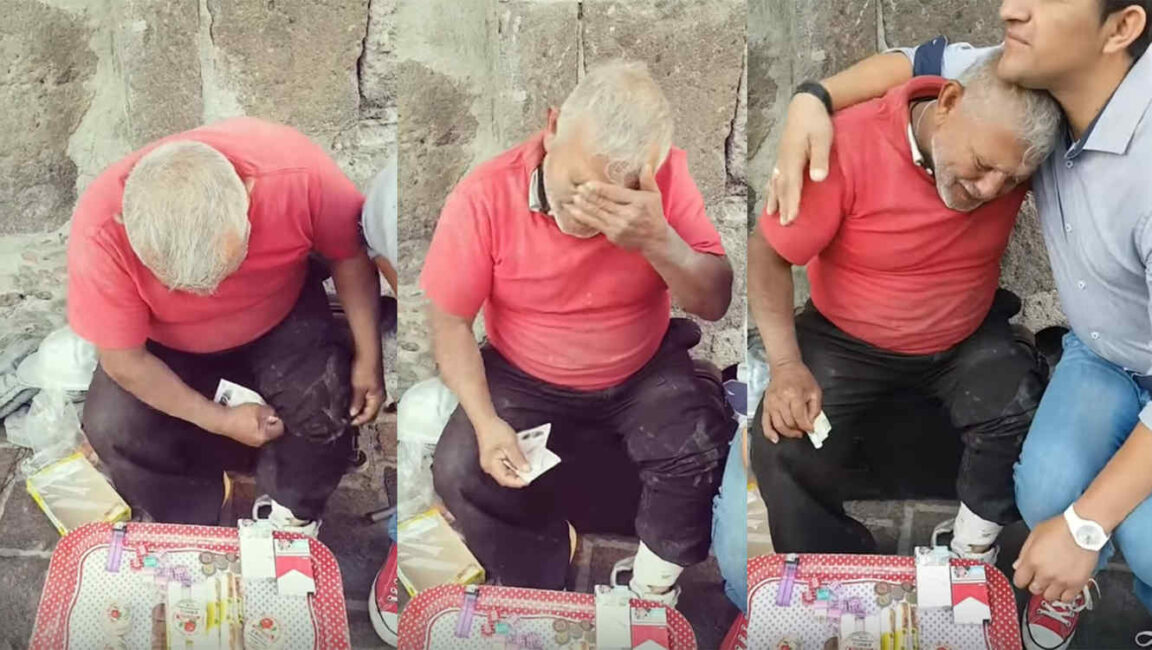 In Mexico, a young man buys all the goods (candy) from an elderly street vendor, which makes him move. There are many street vendors in the country, including many old people and children.

Buys everything from a street vendor: hugs him

A young man approaches an elderly street vendor and buys all the merchandise from him. It is a beautiful story that comes from Mexico and precisely from the city of Tlaquepaque de San Pedro, located in the State of Jalisco – in the western part of the country, overlooking the Pacific Ocean -: the elderly street vendor is strong, he sits on a road to try to sell his goods, candies, and at a certain point he hugs the young man.

The two men begin to exchange a few words, obviously in Spanish, and in the end the peddler hugs the other, dissolving into tears: they are tears of joy and gratitude, because the stranger has just told them, touching the packages of candy and setting the price, that he would buy everything from him. The generous buyer simply explained that this was his birthday and that he wanted to do good, to make someone happy.

The old man also showed the young man that he had a bandaged calf, making it clear that the money he had given him would help him heal himself, so he was given more. The video of the moving scene has been circulating on the web for about a week: it can also be found on YouTube.

There are numerous street vendors in Mexico, including elderly people and children

There are many street vendors in Mexico, one of the most corrupt countries in the world, where there are very rich people, who have a decent or more than decent job, while many others also live below the poverty line – almost 40 million of 110 inhabitants -.

Street vendors, for example, who by the way are mostly elderly, like the man we talked about above. They sell everything and more for little money: food, more or less sweets – sometimes even turkeys – newspapers, balloons for children, soft drinks, pirated discs and DVDs, batteries and even medicines. A few years ago also circulated, thanks to a small TV, the video of a baby peddler, Manuel, then 10 years old, who was made to cry by a policeman, later identified as Juan Diego Lopez Jimenez.

It happened in Villahermosa, capital of the southern state of Tabasco. The shocking video, which reached more than three million views in just a few days, aroused the indignation of many.

Even the Consistory intervened defining the “deplorable fact that violates the human rights of children” and the State Human Rights Commission – Comisiòn Estatal de Derechos Humanos, acronym CEDH – provided psychological and medical assistance to the child, who among others was an orphan and lived with an aunt.

At this point we cannot help but think of the song Mexico Clouds (1970), first performed by Enzo Jannacci under the title Mexico and Clouds, and later by other Italian artists. The text speaks of Mexico as “The sad face of America”, which makes those who visit it weep. which makes those who visit it weep: from a certain point of view, unfortunately it cannot be denied. At least the old peddler from San Pedro Tlaquepaque has had some luck. 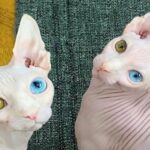 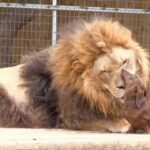