Abella Danger has revealed that she has lost friends by sleeping with her brothers. The adult film star was answering questions from fans and admitted that friendships had suffered from getting too close to people’s siblings.

Speaking on Barstool Sports’ “Answer the Internet” show, the 25-year-old didn’t seem to regret it. Reading the question, she said, “If a guy matches on Tinder with his best friend’s sister, should he pursue it?” she asked.

“Yes, but don’t tell him. Because if she matched, then she wants to fuck him too – do guys get offended by that?”

After the team assures them that the guys don’t like the idea of their best friend hooking up with his sister, Abella reveals that she’s been guilty of it in the past.

She says, “But I slept with my friends’ brothers and they didn’t care. To which a team member asks, “And they don’t mind?” She replied, “Well, I don’t know. I’m not still friends with the girls I slept with their brothers, so…. ”

And if that wasn’t enough, the adult performer explains that she once went a step further. Explaining that “I once befriended a girl just to fuck her brother. And then I let her know that her brother had a really big p***.”

Later in the interview, Abella also revealed that she has been known to slip into people’s DMs in the past.

When asked if she thinks she could get with anyone she wanted, the actor admitted, “No, because most people will slide into my DMs, but I will admit that I have slid into certain people’s DMs, they didn’t even open that s***.” 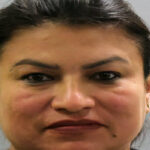 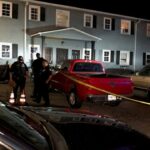