The organizers of the annual San Diego Comic-Con announced Monday that their 2021 season will be held virtually due to the devastation of COVID-19.

San Diego Comic-Con will remain virtual for fans, but organizers are planning to meet on a smaller scale later this year.

“We could never have imagined what the world was going to do in 2020 and what is going to happen today.

Although we are spurred on by the introduction of the vaccine and the growing number of people being vaccinated, it seems July is still to come will be early to keep a vaccine safe,” the convention announced in its official statement on Monday.

Organizers noted that the convention, which typically runs over four days, will instead run over three days this year as delays and canceled personal events during the pandemic left them with “limited financial resources.”

Organizers said postponements and other challenges caused by the pandemic left them with “limited financial resources”.

As a result, the virtual session in July was shortened from four to three days.

However, the organizers vowed that a smaller personal event is planned for November. The organizers did not immediately publish the event dates or other details.

San Diego Comic-Con draws over 135,000 people a day to the California convention site each year.

RELATED: All The Details About “Spider-Man 3”

Comic-Con organizers were slow to make official decisions regarding their biggest event, a huge moneymaker for San Diego’s restaurants and hotels, and a major advertising boom for Hollywood television and movies. The event is estimated to generate over $147 million for the local economy each year.

Organizers canceled San Diego Comic-Con for the first time in 50 years last year due to the coronavirus pandemic.

In good news, California has seen a decline in COVID-19 cases in recent weeks, as have many states across the country.

It’s not uncommon for thousands of people to gather in a single room for a panel discussion, and the exhibition hall is usually packed with people looking through merchandise. 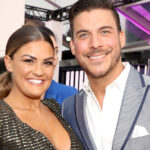 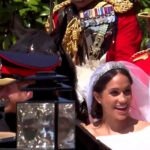