Employees of WGNO-TV, a local news and weather station in New Orleans, Louisiana, were forced to evacuate the control room in the middle of live broadcasts as the roof had begun to “peel off” as Hurricane Ida slammed into the city, according to a tweet from Susan Reosgen, a reporter.

“@WGNOtv producers and directors were forced to leave the control room during our live coverage; the roof has come off; we are at the Galleria in Metairie,” Rosegen tweeted at 8:30 p.m. Sunday, just hours after the storm made landfall in the region.

At about the same time, fellow WGNO reporter Chris Welty posted an image of the roof in question that had deteriorated.

About an hour later, Welty shared additional images of the newsroom ceiling falling. “Ceiling tiles are starting to fall in our WGNO newsroom. Multiple leaks and holes in our roof,” he wrote.

Sefenech Henok, another reporter at the station, posted additional videos of the wreckage in the newsroom. Henok’s clip reveals large portions of the ceiling falling into the room as water seeps in.

Ten trash cans can be seen gathered under the leaks, clearly an attempt to help collect the water and keep the floor dry.

“Even with the damage, WGNO continues to provide wall-to-wall coverage of Hurricane Ida and its aftermath,” WGNO reported.

As of Monday morning, more than 1 million Louisiana residents were still without power and four flash flood emergency warnings remained in effect across the state.

Since then, thousands of National Guard members have been activated to assist with hurricane relief efforts in the region.

Ceiling tiles are beginning to fall in our WGNO Newsroom. Multiple leaks and holes in our roof. pic.twitter.com/uKnoULFajl 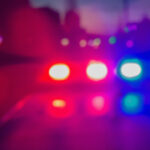 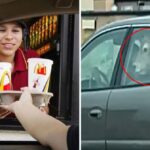