Joe Biden on Thursday warned those responsible for the attack on Kabul airport, in which 13 U.S. soldiers have been killed, of imminent retaliation. “We will hunt them down and make them pay,” said the U.S. president, who admitted it had been “a very difficult day” for him.

At least 18 other U.S. uniformed personnel were wounded in Thursday’s attack. An Afghan health ministry official said earlier that more than 60 Afghans were killed and 140 others were wounded.

Biden warns Kabul airport attackers: “We will hunt them down”

“Those who carried out this attack, as well as anyone who wishes harm to the U.S., know that we will not forgive or forget. We will hunt them down and make them pay. I will defend our interests and our people,” the U.S. president said in a speech at the White House.

“We will respond with force and precision at our pace, in a place of our choosing, in a manner of our choosing,” the president said, declining to elaborate when asked by reporters about them.

“The Islamic State terrorists will not win. We will rescue Americans. We will get our Afghan allies out. And our mission will continue,” the president said. “America will not be intimidated,” he added.

The U.S. is expected to have extracted about 100,000 people when its mission in Afghanistan ends next week, with the final withdrawal following the Taliban’s return to power. It will leave on the ground more than 200,000 U.S. military personnel who are at risk of retaliation from Islamists.

Those dead U.S. soldiers, Biden said, “are heroes who had selflessly stepped into a dangerous mission to save the lives of others.” The president also held a moment of silence for those killed in the attack.

The U.S. administration believes the Islamic State was behind the attack, although it is still formally investigating responsibility. The U.S. is coordinating with the Taliban, enemies of those jihadists, although the president said he does not trust them.

The president added that the evacuation of civilians remains in place, given that a thousand Americans remain on the ground. The withdrawal date remains August 31. 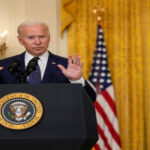 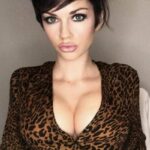